The brilliant TV3 logo from the beginning of TV3’s life

At the end of the 1980s, TV3 was a Scan-Sat Broadcasting Ltd TV channel that broadcasted all of their programmings from London. This private made tv channel aimed at the Scandinavian audience. For several years, in the beginning, TV3 was to become “the” Scandinavian channel that brought Sweden, Norway, and Denmark closer together. They mixed the Scandinavian languages since these languages are quite similar. But the CEO’s of TV3 changed their minds after some years with Denmark separating and getting Danish TV3 first. The Norwegian and Swedish mix of the channel continued much longer, but that also ended by 1994.

Today, TV3 is owned and totally ruined by the Viasat launch and MTG launch in the ’90s. The channel got split into separate TV channels aimed for the Swedish, Norwegian and Danish viewing audience. But before that happened, a unique TV3 program schedule music went on air before the program started and at the end promoting the next day. Read on…!

The music that was used during the program schedule that TV Nostalgi on YouTube uploaded is something very unique. I have been looking for the part of TV3 for many years. Recently I got to know about this song which is made by Mark Shreeve was also used by Eurosport at the same time during their Basketball promos on the tv channel in 1989.

Mark Shreeve Energy Fountain is the song. Awesome upload. Every time this was played and I was only 10 years old. I remember it a lot. Maybe it is the kind of music that I love listening too but also the fact that it was pretty unique and short living. TV3 changed it fast to something else, which the makers of TV3 have been doing ever since the channel started up. Every year the channel gets a new design and that’s not a good thing to do. TV3 is the Norwegian tv channel with the lowest viewing numbers since 1994! After the split, TV3 became an American import channel leaving all of its soul totally dead.

If TV3 managed to continue with their style from 1990-1993 until now. TV3 would have had way more viewers today. The TV3 split is the biggest example of What Not to do in the tv media market. You have established millions of happy viewers, but out of sudden money is more important than the viewers and now today TV3 is nothing. It’s really sad what Viasat and MTG have managed to do with TV3! Why?… But then their Swedish site as shown below is an example of how the blend and scare away customers too. 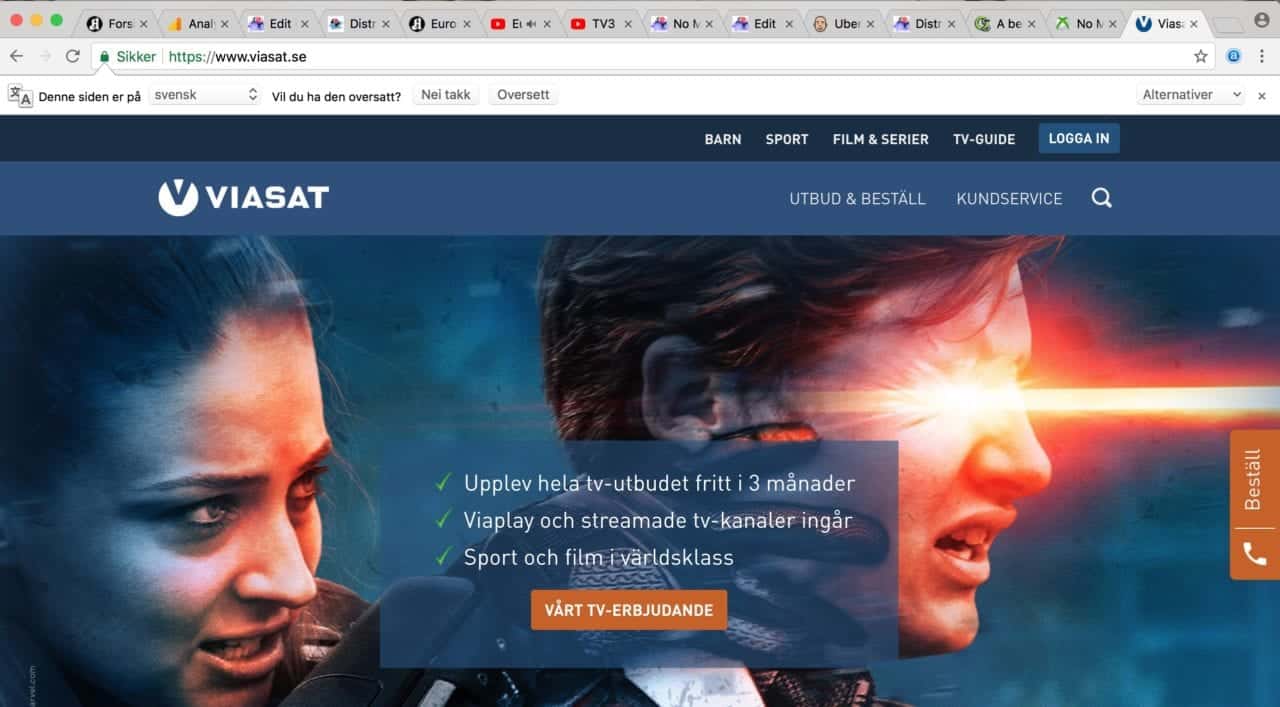